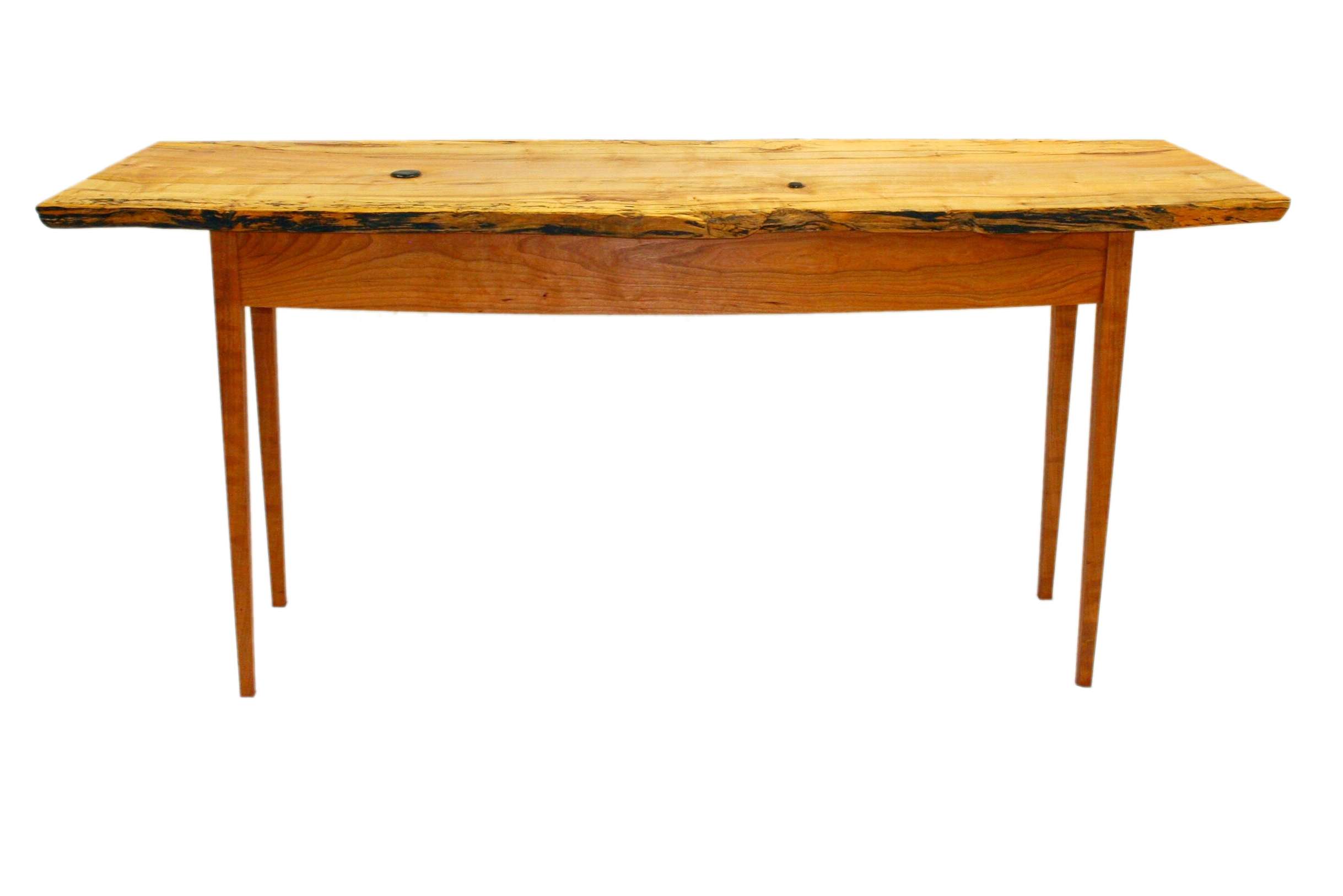 This table is the first of four that comprise the Life Cycle series, an exclusive collection of console/hall tables whose designs flow naturally from the story in the slabs. The tree, after decades of weathering the storms that buffet our country home, succumbed to the onslaught of wind and snow and toppled back into the forest. How many years it lay there before we rescued it is unknown. During that time the trunk, once alive but now dead, became the host for all kinds of living things. Look closely at the figure. Many types and species of beetles and worms feasted on the rich nutrients treasured in the sap and cells of this majestic maple that once lined the property. Various species of fungi joined the banquet. That history—that cycle of life—was arrested and captured when we dragged the drooping log out of the forest, sawed it into four usable slabs, and stacked them outside to dry.

The slabs are a work of art in themselves, and we have attempted to do them justice—some call it functional art. Both faces have been carefully planed by hand, polished, oiled, waxed, and buffed. The base of the table has been designed to complement the slab, to support and present it in a way that does not distract from its inherent beauty. Study the worm and beetle holes; trace the paths of the fungi; caress the silky smooth heartwood; run your hands along the textured edge. We hope you enjoy using it as much as we enjoyed making it. 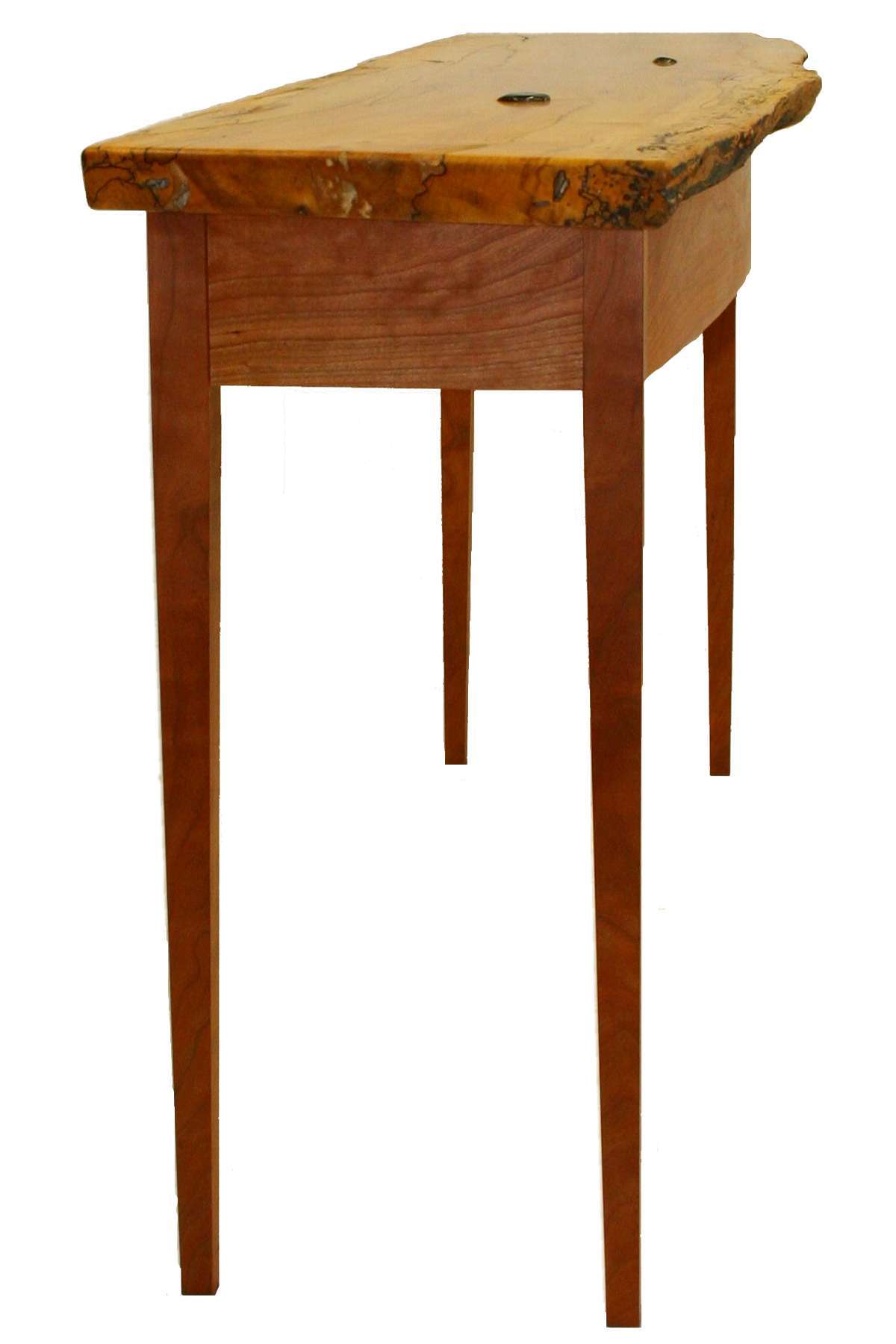 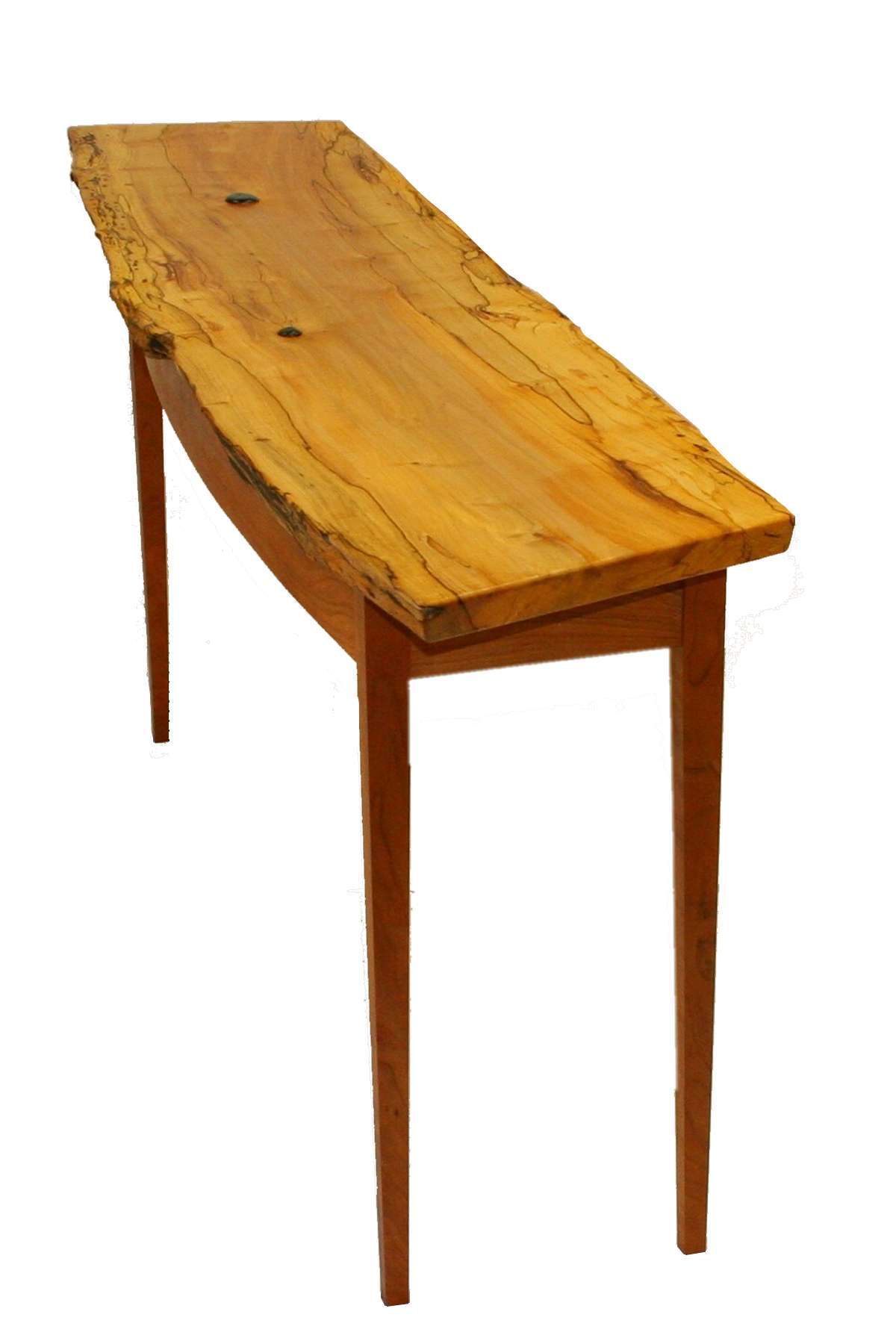 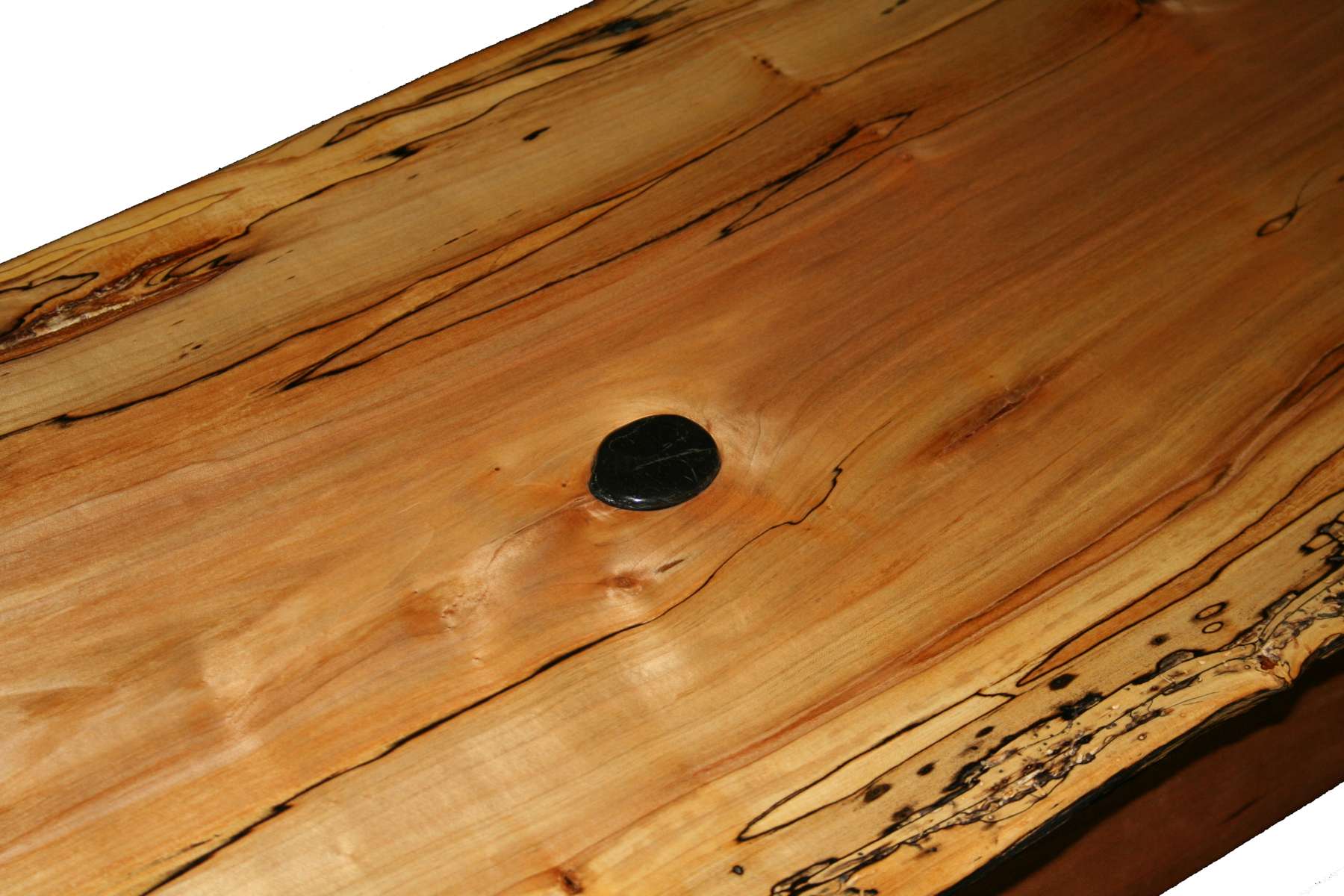